I visited Hardwick Hall in August, interested in visiting both the house and the grounds. The Hall is now looked after by the National Trust, and is a popular destination, especially in the school summer holidays. This is the first good view of the Hall you get, through a gate, as you approach from the car park. This is one end of the building, and already you can understand the rhyme: 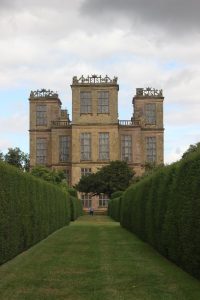 There are formal gardens to one side, this first picture shows the hedges separating the herb garden from an orchard and other areas, and more gardens in front of the house. Unforntunately, the design of these gardens dates from after Bess’s time, so we don’t get much of an idea of what the surrounding gardens looked like when she lived there.

As you walk on towards the entrance, the front of the hall comes into view, even more impressive than the end view.

Inside, an impressive staircase zig zags upwards to the main show rooms on the top floor. The Hall is filled with tapestries, Bess having bought some herself, some having been moved here from her descendents’ other estates such as Chatsworth, the home of the Earls, then the Dukes of Devonshire. The next two photos show a bedchamber with its hangings, and another tapestry-lind room, complete with some furniture typical of the time. These photos actually give a much better impression of the rooms than I got at the time, as the rooms are kept very dim to avoid futher fading of the tapestries (such are the powers of modern digital cameras!). 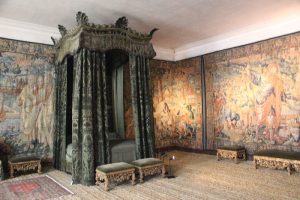 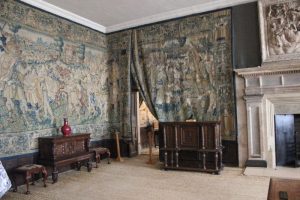 The long gallery on the top floor is particularly impressive, being one of the longest in the country. 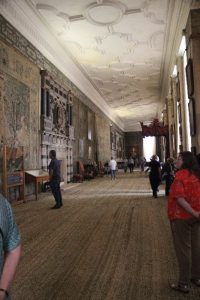 The lower floors were just as intersting to me, where we could see into rooms such as the muniment room, where all the papers and documents relating to the estate were stored. The photo shows just one side of the room – the rest of the walls were also lined with little drawers like these. 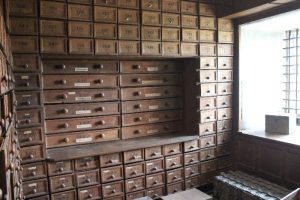 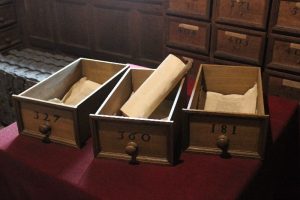 Elizabeth Hardwick, better known as Bess of Hardwick, had an interesting and eventful life, was married four times, amassed huge wealth, and became one of the most powerful women of her time.

Her first marriage was to a 13 year old boy, Robert Barlow, from a nearby estate, when she was around 16 years old. This marriage seems to have been made to protect the estates when Robert’s father died. There is no indication that the marriage was consummated before Robert died the following year. Bess eventually gained a dower from her husband’s estate.

She next married Sir William Cavendish, a widower, and more than twenty years older than Bess. There were six surviving children from the marriage, one of whom became the first Earl of Devonshire (and this branch of the family eventually became the Dukes of Devonshire). Sir William died 10 years later, in 1557, leaving Bess with huge debts.

Two years later, she married Sir William St Loe. He died around 5 years later, leaving all his property to Bess and making her one of the wealthiest women in England.

Her final marriage was to the Earl of Shrewsbury. Her husband was unfortunate enough to be charged by Queen Elizabeth with keeping Mary Queen of Scots in custody – including paying for the expenses of her imprisonment. The financial and other stresses of this eventually led to the break up of their marriage. Bess became the Dowager Countess of Shrewsbury in 1590. It was about this time that she commenced the building of Hardwick Hall, and the initials E S visible in several places around the roof stand for Elizabeth Shrewsbury.

Hardwick Hall is well worth a visit if you are in the area. 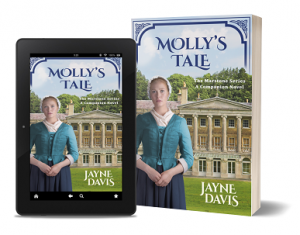