In Jane Austen’s Persuasion, Captain Wentworth returns to England a richer man thanks to having won prize money. Both army and navy personnel could be awarded prize money. I wrote two articles for The Coffee Pot Book Club about this. Thanks to Mary Anne Yarde for hosting them.

Prize money and the Royal Navy

Prize Money and the Army

None of the novels I have planned are set on sailing ships, but those ships have always fascinated me. They look wonderful, but life on them must have been hard. A few years ago I had a holiday on the Lord Nelson, a modern square-rigged sailing ship, taking part in one leg of the Tall Ships race, from Belfast to Ålesund in Norway.

END_OF_DOCUMENT_TOKEN_TO_BE_REPLACED

The heroes (and sometimes the villains) in historical romances are often involved in war, whether in the Royal Navy, the army, or as spies. Even if their wartime activities do not appear directly in the story, their military experiences shape their lives and their characters. One group of unsung heroes in the army was the engineers. Engineer officers could not buy their commissions as cavalry and infantry officers did; they were only given commissions after training at the Royal Military Academy at Woolwich, and thereafter promotion was by seniority.

As you might expect, engineer officers were essential in sieges, planning where the trenches should be dug and artillery batteries sited, and also in repairing a fortress once it had been taken. Being an engineer in a siege could be as dangerous as being an infantry officer in the battalions attempting to scale the walls. The engineers knew their way through the trenches and where the weakest points in the walls were, and often led the way.

END_OF_DOCUMENT_TOKEN_TO_BE_REPLACED 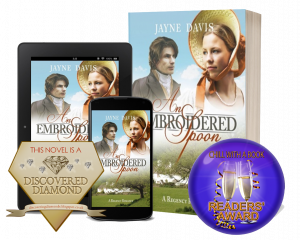 Buy on Amazon or read free on Kindle Unlimited. Audio version available from Amazon or Audiobooks.com.