The book falls somewhere between a popular history and an academic text. There are a lot of facts packed into the pages, and it makes for dense reading at times, but the organisation into themes and time periods means you can read it in installments. It is not a military history, so if your interest is in army campaigns or naval battles this is not the book for you. If you have a wider interest, it is fascinating to read some of the background details, such as how the army was fed and clothed (inadequately at times, it has to be said), how the navy was supplied with ships, provisions and ammunition, and so on. Nor does it cover details of negotiations between the various powers involved in the wars, or much about the shifting alliances.

It is divided into four parts based on time:

Within these sections, the material is divided into broad themes, such as the political situation, intelligence, supplies, the threat of invasion, etc. In some cases, this can make it seem a little repetitive; for example, three of the four parts include a chapter in intelligence.

The book ends with 200 pages of Appendices and notes, including lists of government officials, reports of Parliamentary Commissions and Enquiries relating to the Army and Navy, a chronology, a bibliography, notes to the text and an index.

If you know very little of the period, it might be better to start with a simpler, more readable text. However if, like me, you had a general, broad-brush knowledge of some of the events and changes, this book is a fascinating read.

As an author, it provided a lot of background detail to help me get a better feel for the period, and it may trigger one or two ideas as well (as you can see from the number of sticky tabs!). 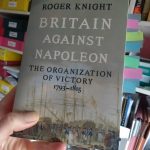 After nearly five years of marriage, Ellie is finally with child. There’s just one problem. Her husband is not the father.

Available for pre-order on Kindle . It will be on Kindle Unlimited when published. 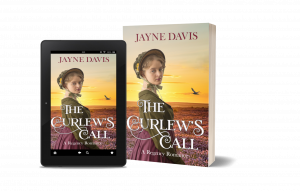